David Zaslav, president and CEO of Discovery Communications, will be honored with the Fred Dressler Leadership Award. Seven juried journalism awards will also be presented. 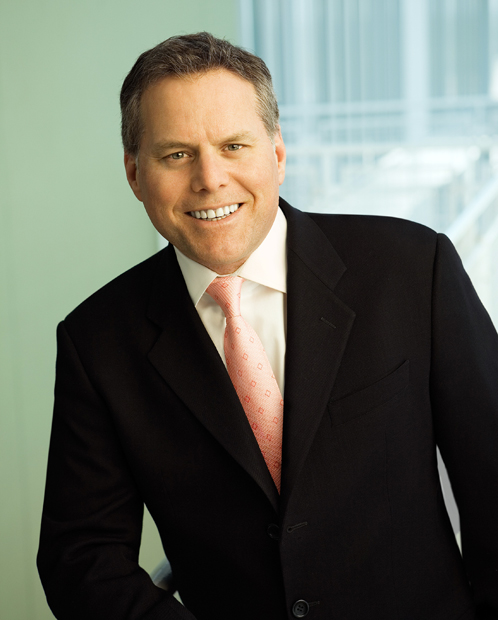 As chief executive, Zaslav sets the strategy and oversees all operations for the #1 pay-TV programmer in the world. Discovery Communications’ 190-plus TV networks reach 2.5 billion cumulative subscribers in over 220 countries and territories.

Zaslav has served as head of Discovery since 2007, executing a number of initiatives that have focused the organization on growth, performance and operational efficiency. He has also directed a strategic effort to clarify and strengthen Discovery’s world-class brands, including a renewed focus on creativity and a two-fold increase in investment in original content. In September 2008, under his leadership, Discovery began trading as a public company on the Nasdaq stock exchange.

Since Zaslav took the helm, Discovery has launched some of the fastest-growing cable networks in the U.S., including Investigation Discovery, Velocity and Destination America, and has premiered such iconic programming and award-winning specials as “Planet Earth” and “Skywire Live with Nik Wallenda.” The company also partnered with Oprah Winfrey to launch OWN: Oprah Winfrey Network and Hasbro to launch the Hub Network for children and families.

Also under Zaslav’s leadership, Discovery rolled out TLC as an international female-targeted flagship network, now available in more than 160 markets and the most widely distributed female-targeted entertainment and lifestyle channel brand in media.

Additionally, in 2013, Discovery expanded its international operations with the acquisition of SBS Nordics, a top-three portfolio of television brands across Denmark, Norway, Sweden and Finland that feature leading nonfiction content, as well as locally produced entertainment programs, sports and the best scripted series and movies from major studios. The company also forged a strategic partnership in Eurosport, one of the strongest pan-regional sports platforms in the world.

Zaslav also spearheaded Discovery Impact, the company’s corporate social responsibility programs, which leverage the power of Discovery’s brands, businesses and employees to give back and make a difference in the communities where they live and work through initiatives such as the annual Discover Your Impact Day of global employee volunteerism.

Prior to joining Discovery, Zaslav had a distinguished career at NBCUniversal, where he was instrumental in developing and launching CNBC and also played a role in the creation of MSNBC. He was previously an attorney with the New York firm of LeBouef, Lamb, Leiby & MacRae.

The Fred Dressler Leadership Award is given to individuals or organizations that have made distinct, consistent and unique contributions to the public’s understanding of the media. Past recipients include Anne Sweeney, co-chair of Disney Media Networks and president of Disney/ABC Television Group (2013); Brian Roberts, CEO of Comcast (2011); Bloomberg (2010); Arianna Huffington, co-founder and editor-in-chief of The Huffington Post (2009); political journalist Tim Russert (posthumously, 2008); and Peter Bart, editor-in-chief of Variety (2007).

The Mirror Awards are the most important awards for recognizing excellence in media industry reporting. Established by the Newhouse School in 2006, the awards honor the reporters, editors and teams of writers who hold a mirror to their own industry for the public’s benefit. In addition to the special awards, juried awards will be presented in seven categories:

For information about ticket and table sales for the ceremony, contact Sarah Hope at 315.443.5711 or mirror@syr.edu. For media inquiries, contact Wendy Loughlin at 315.443.2785 or wsloughl@syr.edu.