Josh Sapan, president and CEO of AMC Networks, will be honored with the Fred Dressler Leadership Award at the ninth annual Mirror Awards ceremony June 11. Presented by Syracuse University’s S.I. Newhouse School of Public Communications, the award is given to individuals or organizations that have made distinct, consistent and unique contributions to the media industry. 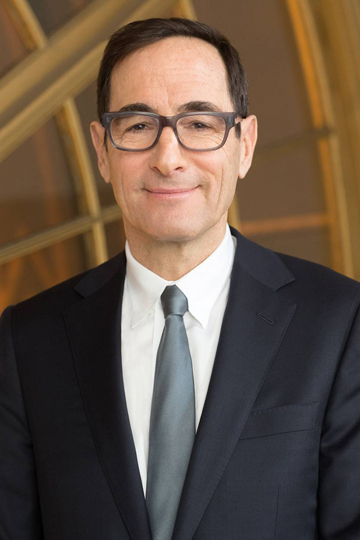 One of the entertainment industry’s most innovative and visionary leaders, Sapan sets strategy and is responsible for the overall management of AMC Networks, which owns and operates several leading entertainment brands, including popular and award-winning national cable television networks AMC, IFC, SundanceTV, WE tv and BBC AMERICA (operated through a joint venture with BBC Worldwide); feature film labels IFC Films and Sundance Selects; and AMC Networks International, the company’s international programming and distribution division.

Sapan was named CEO in 1995, and led the company’s successful spin-off from Cablevision Systems Corporation in June 2011, when AMC Networks began trading as a separate public company on the NASDAQ stock exchange.

Sapan’s record of delivering must-have content to passionate audiences, coupled with his championing of breakthrough distribution models, has transformed cable television and changed the way people watch TV. Fast Company lauded him as one of the “100 Most Creative People in Business” and Vanity Fair’s New Establishment issue named his as one of the “Impresarios of Cable’s Golden Age.” The recipient of the Paley Prize for Innovation and Excellence, Sapan is credited with building some of television’s most influential entertainment brands and shows that are at the center of what has been widely referred to as a new “Golden Age” of television, including AMC’s “The Walking Dead,” “Mad Men” and “Breaking Bad”; SundanceTV’s “Rectify” and “The Honorable Woman”; and IFC’s “Portlandia.”

In addition to spearheading AMC’s evolution from a classic movie channel to one of the most acclaimed and successful television networks, Sapan has developed IFC, SundanceTV and WE tv into offerings with groundbreaking content for targeted audiences. He has been instrumental in bringing independent film to wide audiences through award-winning film labels IFC Films, Sundance Selects and IFC Midnight. Recent IFC Films successes include the critically-acclaimed “Boyhood,” winner of the Oscar for Best Actress in a Supporting Role and winner of the Golden Globe Award for Best Feature Film; as well as the Oscar-nominated documentary “Finding Vivian Maier.” Sapan also pioneered the strategy of same-day theatrical and video-on-demand release, which has fundamentally altered how independent films are distributed and is a model now widely used throughout the movie industry.

Inducted into the Cable Center Hall of Fame and the Broadcasting & Cable Hall of Fame, Sapan has been recognized with a wide range of honors, including the Paley Prize for Innovation and Excellence and, for his contributions to the advancement and protection of free speech, the Media Institute’s Freedom of Speech Award. Sapan is also the recipient of the National Cable & Telecommunications Association’s Vanguard Award for Programmers and Vanguard Award for Marketing; the Cable & Telecommunications Association for Marketing’s Grand TAM Award and Chairman’s Award; the Association of Cable Communicators’ President’s Award; a PROMAX Brand Builder Award; and the T. Howard Foundation’s Executive Leadership Award, among many others.

Sapan serves on numerous boards, including the Paley Center for Media, the Cable Center, the Cable & Telecommunications Association for Marketing Educational Foundation, the International Radio and Television Society, the Museum of the Moving Image, People for the American Way, WNYC Radio and the New School University.

The Mirror Awards are the most important awards for recognizing excellence in media industry reporting. Established by the Newhouse School in 2006, the awards honor the reporters, editors and teams of writers who hold a mirror to their own industry for the public’s benefit. In addition to the Dressler Award, juried awards will be presented in six categories: