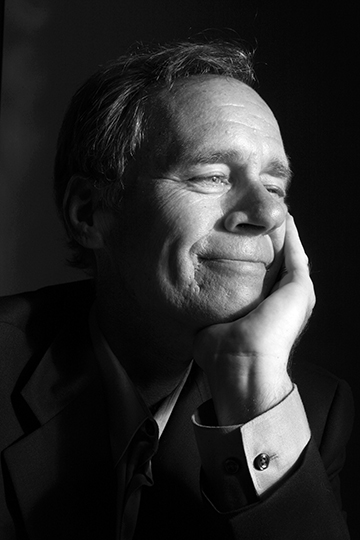 For 25 years until his death earlier this year, Carr wrote about media as it intersects with business, culture and government.

He wrote a column for the Monday business section of The New York Times that focused on media issues, including print, digital, film, radio and television. He also covered popular culture for the paper’s culture section. From 2005 to 2009, he covered the Hollywood awards season with a daily blog called “The Carpetbagger” and weekly videos that put a New York spin on the red carpet. Carr was also part of “Sweet Spot,” a series of videos on media and culture, with Times film critic A.O. Scott. He joined The Times in 2002.

Previously, Carr was a contributing writer for The Atlantic Monthly and New York magazine. In 2000, he was the media writer for Inside.com, a news website focusing on the business of entertainment and publishing.

He was the author of “The Night of the Gun,” a memoir of addiction and recovery that used reporting to fact-check his past. In 2014 he became the Lack Professor in Boston University’s communications department, where he taught courses on new media business models and changing patterns of consumption.

For his Media Equation column, he received a 2009 “Best in Business” award from the Society of American Business Editors and Writers. He won Mirror Awards for best commentary in 2007 and 2009.

Carr died of complications from lung cancer on Feb. 12, 2015. His survivors include his wife, Jill Rooney Carr; his daughters, Madeline, Erin and Meagan; and five siblings.

The i-3 award is given to individuals or organizations that have made a profound impact on the media landscape or have captured the public’s imagination about the potential or importance of the media in a unique way. Past recipients include Walt Mossberg and Kara Swisher, co-founders of Re/code (2014); the John S. and James L. Knight Foundation (2012); Dennis Crowley ’98 and Naveen Selvadurai, co-founders of Foursquare (2011); Twitter (2010); Obama for America New Media Department/Blue State Digital (2009); and CNN/YouTube (2008).

The Mirror Awards are the most important awards for recognizing excellence in media industry reporting. Established by the Newhouse School in 2006, the awards honor the reporters, editors and teams of writers who hold a mirror to their own industry for the public’s benefit. In addition to the i-3 award, juried awards will be presented in six categories: