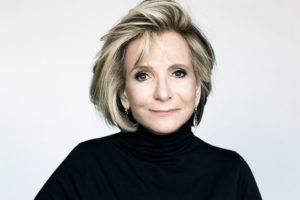 At HBO, Nevins was responsible for overseeing the development and production of more than 1,500 programs for HBO, HBO2 and Cinemax.

Nevins has been honored with numerous prestigious career achievement awards, including the 2018 Realscreen Legacy Award and the 2017 DOC NYC Lifetime Achievement Award. She is the recipient of the Governors Award from the Academy of Television Arts & Sciences and has been honored by New York University’s Tisch School of the Arts. Other awards include a Gotham Awards Tribute; an Emmy Lifetime Achievement Award for her contributions to the art of the documentary, the first time this recognition went to a documentarian; and a Personal Peabody in recognition of her work and ongoing commitment to excellence.

Women in Film presented Nevins with a Lucy Award for her outstanding achievements in advancing documentary filmmaking and the National Board of Review presented her with the Humanitarian Award for her contribution to the advancement of social reforms and the promotion of human welfare through film. She was inducted into Broadcasting & Cable’s Hall of Fame, and garnered an IDA Career Achievement Award and the New York Women in Film & Television Muse Award. She won the first George Foster Peabody Award ever presented to a cable program for “She’s Nobody’s Baby,” which was produced with Ms. Magazine.

She is the New York Times bestselling author of “You Don’t Look Your Age… and Other Fairy Tales,” published by Flatiron Books.

The Dressler Award is given to individuals or organizations that have made distinct, consistent and unique contributions to the public’s understanding of the media. Director, producer and writer Erin Lee Carr will present the award to Nevins at the Mirror Awards ceremony, which will be held Thursday, June 14, from 11:30 a.m. to 2:15 p.m., at Cipriani 42nd Street, 110 E. 42nd St., New York. In addition to the Dressler Award, juried journalism awards will be presented in six categories, as well as the the i-3 award for impact, innovation and influence and a special recognition award. Tickets and tables may be purchased online. Follow on Twitter at #Mirrors18.